What Fortune 500 Businesses Are Based in Ohio? 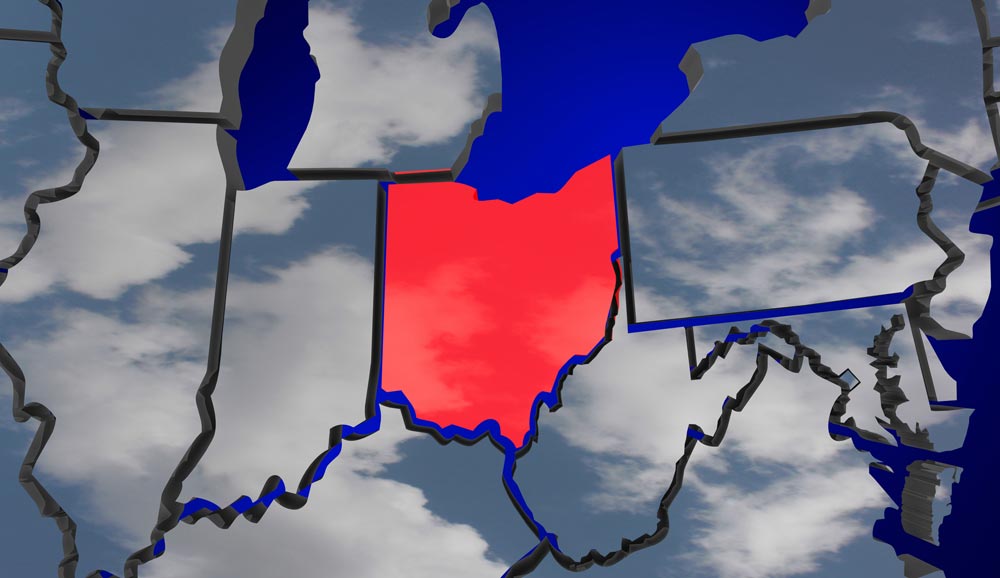 The Fortune 500 is an annual list compiled and published by Fortune magazine that ranks 500 of the largest United States corporations by total revenue for their respective fiscal years. The list includes publicly held companies, along with privately held companies for which revenues are publicly available. I picked out the ones that were from Ohio. Below is a list of many Fortune 500 companies based in Ohio.

Disclaimer: This list was generated 11/09/2021 and is subject to change. We may or may not get around to updating this blog post if there are some drastic changes in the future (like if they move their headquarters or go out business), because we are a Digital Marketing agency and NOT a news outlet.

The Goodyear Tire & Rubber Company is one of the largest tire companies in the world. Founded in 1898 by Frank Seiberling, the company has grown to become an international leader in tire production. Goodyear develops innovative technologies for tires and also builds aircraft, space vehicles, car tires, motorcycle tires, crossovers and performance tires under its own brand name. The company employs more than 72,000 individuals worldwide across over 65 countries.

FirstEnergy Corp. is an electric utility company headquartered in Akron, OH, with its principal business in the generation, transmission and distribution of electric power. The company's predecessors began in 1886 as the Ohio Edison Company after the merger of The Union Electric Light and Power Company of Akron and Ohio Electric Light & Power Company of Canton. In 1990, Ohio Edison acquired Centerior Energy Corp. In 1992, it changed its name to FirstEnergy Corp., and has since acquired many other companies.

The Kroger Company is an American retail company founded in 1883. It is the United States' largest supermarket chain by revenue ($108 billion) and the second-largest grocery retailer in the United States. Kroger is also the third largest retailer in the world behind Walmart, according to Interbrand's Best Global Brands report. Kroger is headquartered in downtown Cincinnati, Ohio.

As one of the oldest department store in the United States, Macy's boasts over 150 years of retail history. Macy's is an iconic American brand with an extensive collection of design-driven, affordable and fashion-forward apparel and accessories for men, women and kids. The store's roots date back to 1858 when Rowland Hussey Macy founded a dry-goods store in New York City. Now an American icon, Macy's is best known for its annual holiday parade and the largest indoor light show in the world.

Nationwide Mutual Insurance Company and affiliated companies, commonly shortened to Nationwide, is a group of large U.S. insurance and financial services companies based in Columbus, OH. They offer more than just insurance, they provide a range of financial products and services including retirement savings accounts, home loans, and a broad array of insurance coverages. Service provided across all 50 states, Puerto Rico, the Virgin Islands, and the District of Columbia.

American Electric Power (NYSE: AEP) delivers electricity to more than 5 million customers in 11 states. AEP ranks among the nation's largest generators of electricity, owning nearly 38,000 megawatts of generating capacity in the U.S. Headquartered in Columbus, Ohio, AEP's operations are focused on delivering clean, safe, reliable and affordable energy to its customers. AEP ranks among the largest electric utilities in the United States, serves nearly 5 million customers within its 11-state system which extends from New York to Texas and from Michigan to Florida.

Marathon Petroleum Corporation is a large American petroleum refining, marketing, and transportation company that was founded in Findlay, Ohio on February 17, 1887. The company specializes in petroleum refining, marketing, and transportation and has approximately 10,000 Marathon branded fuel stations primarily in the Midwest, New England, the Gulf Coast, the eastern U.S., Hawaii, the Southwestern U.S. and Western Canada. Marathon Petroleum is both the largest refiner in North America. With over 2.5 million barrels per day of refining capacity, it is the largest independent refiner in the United States based on refined product output.

Owens Corning is an American company founded in 1938, best known for manufacturing glass fibers for insulation. The company was the first to produce fiberglass insulation, and now provides a variety of technologies including continuous filament glass, rigid foam insulation, spray foam insulation, and fiberglass mats as well as a broad portfolio of engineered products to solve thermal problems.

AK Steel Holding Corporation is a steel producer headquartered in West Chester Township, Butler County, Ohio. The company, which derived its name from Armco and Kawasaki subsidiaries, was founded in 1985 as a merger of Armstrong World Industries and the Ohio-Kentucky division of U.S. Steel Corporation. In 1990, the company acquired Inland Steel Company, followed by Timkin in 1994. In 2007 the company finished converting its steelmaking facilities to minimill steelmaking techniques.

TravelCenters of America (TA) is the largest publicly traded full-service truck stop and travel center company in the United States with over 430 locations across 44 U.S. states and one Canadian province. The company was founded in 1960 in Corbin, Kentucky, by J. Clarence Hinckley when he purchased two truck stops. TA operates full service centers, convenience stores, and restaurants under the TravelCenters of America, TA, Petro Stopping Centers, TA Express, GOASIS and Quaker Steak & Lube brands.

Are You A Business Owner?

Becoming a Fortune 500 company is no easy task. Many of these companies have conducted decades (some even over a century) of business. Even though your company may not be in the Fortune 500, it doesn't mean you can't get there! If you are a business owner and need a helping hand in developing your digital marketing strategy, then we are here to help! Archmore Business Web is an award winning digital marketing agency based in Ohio and we love working with local Ohio business owners; from small business to enterprise!

At Archmore Business Web, we develop your business the right way! We will build your website site keeping in mind all of the features you need, keeping the costs to a minimum, and keeping it user friendly. Your website is crucial to your brand but no matter what the size of your business, you only have the same size screen as your competitors to validate your business and build consumer confidence. A website should be aesthetically pleasing but above all structurally sound; it must work and it must be affordable. Whatever your business may entail, we work with you to deliver the right online solution.

Daclaud Lee is an SEO Consultant at Archmore Business Web. He is the guy who gets your website found in the search engines. If you need SEO for your website, then contact us today!

Find out how Archmore Business Web can help you get MASSIVE traffic to your website!

Explore the Rest of Our Blog!

Summary
Article Name
What Fortune 500 Businesses Are Based in Ohio?
Description
The Fortune 500 is an annual list compiled and published by Fortune magazine that ranks 500 of the largest United States corporations by total revenue for their respective fiscal years.
Author
Daclaud Lee
Publisher Name
Archmore Business Web
✕