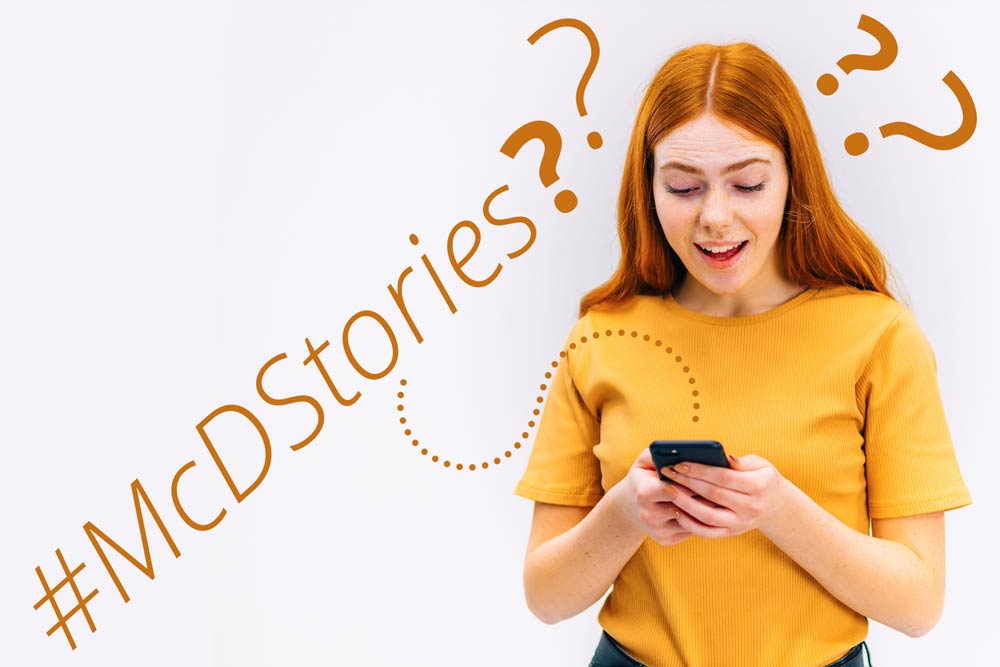 This week's Digital Marketing Horror Story is about #McDStories, a failed hashtag that was more harmful than helpful to their brand. Lucky for McDonald's, they are still a popular restaurant in spite of all the negative publicity.

Here's what happened; McDonald's launched a Twitter campaign back in 2012 to showcase what their food means to different individuals. #McDStories was meant to bring back the nostalgia of old, memorable McDonald’s moments, but as it turns out, no one really wanted to share a memorable experience at McDonald's (at least not in the way they had hoped). The campaign backfired right from the start when people tweeted stories that were not as positive as the ones McDonald's had hoped for.

The problem was obvious. The marketing team probably had never actually worked in any type of retail or food service on the front lines, so they had no idea how nasty the customers can be. If they would have interviewed any disgruntled McDonald's worker, then they would have probably have realized that this was a bad idea.

Every Customer Has a Horror Story...

"Wickedness was like food: once you got started it was hard to stop; the gut expanded to take in more and more." - John Updike.

Social media comes with a ton of benefits and drawbacks. However, there are many drawbacks and there’s nothing predictable or consistent about what people post. Anybody can post anything, but it’s about how you engage with your audience that separates a successful campaign from a disastrous one. Some campaigns just invite trouble and #McDStories was one of them.

There must be thousands of these tweets and most of them are NSF, so I won't be posting those here. I did manage to cherry pick the more tamer ones just so I can provide an example of a social media campaign gone awry.

Too Many Horror Stories at Mc Donald's

Just like when McDonalds started a hashtag #McDStories to get positive reviews. The results was they were barraged by horror stories.. pic.twitter.com/WASU2M4CTk

Social Justice Warriors Will Wreck You

SJWs are the most vocal in real life and social media. You certainly don't want to piss any of them off or else they will come at you with their pitchforks and torches! Consider this a warning.

Trolls Will Be Trolls

I walk by #McDonalds and smell a strong odour of fart, how fitting. #McDStories

Trolls are kind of scary, then again so are strong odors. This could be a real incident or it could just be a troll. I am going to go with the later since the Twitter profile doesn't have a real photo.

Calling Out Mc Donald's for Being Unhealthy

#McDstories @McDonalds I haven't been to a McD's since I lost 50 pounds. I wanted a treat and ordered at grilled Chicken sandwich and was under cooked and dried. I guess I'm better off never going back. #SadHealthGuy

The sarcasm is strong in this one!

Yikes! Talk About A First Job...

#McDStories I worked for McDonald's when I was 16 and I was fired for not believing in a god because my manager was a very religious Catholic.

Some States have employment at will, so they can basically fire you for whatever they want. However, I'm sure this is still considered discrimination of some sort. I am not a lawyer, but a lack of religion is not a good reason to fire someone.

Even in Russia Mc Donald's Can't Catch a Break

#FLASH—#McDonalds has decided to free all 850 of its franchisees in #Russia from paying royalties for using its brand name. Starting tomorrow, franchisees will enter a brand new world of doing the exact same thing without paying their overlord a penny. #IAmLovingIt #McDStories pic.twitter.com/ftOOCGe2rq

Even during the 2022 Ukraine and Russia conflict, we have negative publicity for Mc Donald's. Even after a decade, the hashtag #McDStories is still going strong. It doesn't look like it is about to end any time soon.

Social media is a great way to get your brand out there—but it can also be a dangerous place for businesses. Sometimes the best intentions can backfire in a big way, and that's what happened to McDonald's when they tried to promote their new all-day breakfast menu on Twitter. They thought they were doing something great by tweeting out some of their most popular breakfast items—but instead, they got dragged into a very public war of words over the quality of their food and customer service.

McDonalds Has Also Spawned a Lot of Creepy Pastas...

This may not exactly have anything to do with Twitter, but McDonalds has also spawned a lot of creepy pastas too. These include the McDonaldland Mafia (a criminal syndicate that controls all McDonalds restaurants), Ray Kroc, who owned the chain in its early days, the Hamburglar (a man who stole burgers from McDonalds stores), the Fry Kids (the mascots of McDonalds breakfast) all the way to strange things happening at the Ronald McDonald Houses...

Keep in mind that this video narration is just a McDonald's creepy pasta and is probably not real... at least I hope not.

Tik Tok is Not Really Being Fair to McDonald's Either

People on social media are not always kind and McDonald's has been accused of a lot of shady business practices. One such practice is using the same cup sizes for ice cream at every location in the country. This is a claim that originated on Tik Tok, where people have been saying that McDonald's uses the same cup sizes and that their ice cream machine is not really broken.

The claim was originally made by a Tik Tok user named Micah Neufeld (featured in the video). The user said that they had been going to different McDonald's locations in their area and noticed that all of them had the same size cups for ice cream, which led them to believe that McDonald's is using larger cups as standard across all locations.

This has already been debunked and if you don't believe me, then you can always go to McDonald's and order a large drink and see for yourself. As for the ice cream machine rumor, I really don't know what to say about that. What do you think? Maybe some of these stories are true, but others seem a bit far fetched and appear to have been told for social media clout.

Are you looking for a social media manager? We can help you post your messages!