Why Are Companies De-branding? 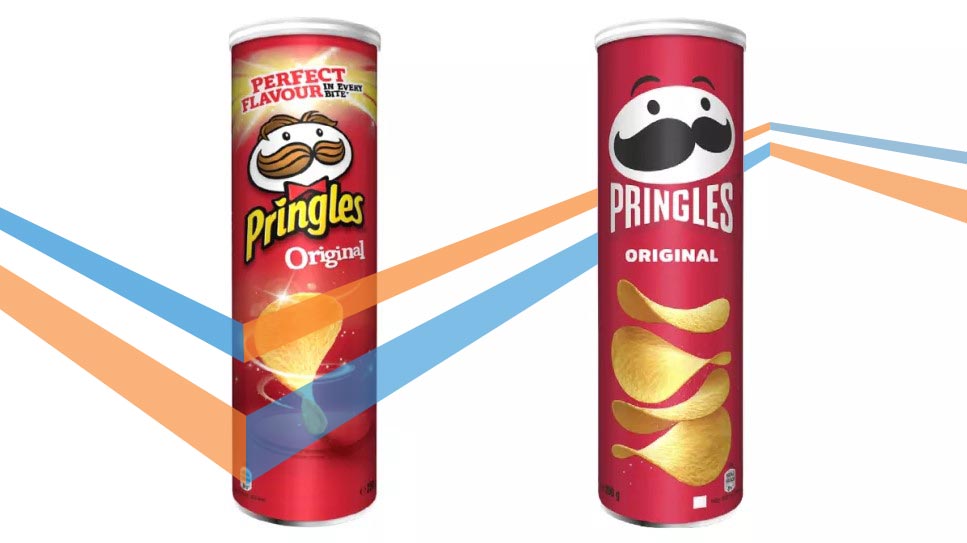 Logos are a big part of your brand. They represent your company, and they're what people will always associate with you. A good logo matters and that's why it's so important to get the best logo possible. But sometimes, even if you have a great logo, it can still be hard to tell what kind of work you do from just looking at your logo. And that's where logos de-brand come in!

De-branding is the process of removing all the elements from a logo that make it specific to a particular business and replacing them with elements that are more generic or universal. This allows for more flexibility in how you use your logo, which can be very useful in professionalizing your brand and making it more easy to use on different platforms.

Ben Schott, columnist for Bloomberg suggests that the main reason for de-branding of logos is due to the domination of mobile designs.

De-Branding as a Move to a Simpler Design

Decorporation is a trend that has been adopted by many businesses and corporations including McDonald's, Apple, Google, Facebook and even Amazon. In fact, most companies are now moving away from their traditional logos in favor of simpler designs. If you are working with a graphic designer, then make sure you give your graphic designer the right information about your logo.

The reason behind this trend is that consumers are becoming more conscious of how they spend their money on products and services. This means that they want more authentic products instead of artificial ones which have been overly branded by companies trying to sell their products using hype tactics such as celebrity endorsements or expensive ad campaigns that focus on creating an emotional connection with consumers rather than focusing on giving them something useful in return for their hard-earned cash!

Technology Is The Main Reason for De-Branding

Logos have always been important to a company's identity, but as technology changed and printing became more complex, so did the logos.

Initially, printing was done using spot colors – each color in the logo had its own printing ‘plate’ and printing ink. Also, colors definitions were less precise: designers may have simply specified red or blue or back or yellow (each printer interpreted the name made their own version of the color) and logos tended only to be one or two color and consequently more ‘graphic’.

As printing technology improved, so did the quality of color reproduction and the definition of colors. Designers started to use solid blocks of color rather than spot colors and were able to specify exact shades of color by number. This meant that logos could be created very precisely without any variation between printers - even if they weren't using exactly the same equipment!

Removing the Name From Your Logo

The Starbucks logo is one of the most recognizable logos in the world. It's not just a simple symbol, but it's a brand that people know and love. But what if we took away the name? Would it still be as recognizable?

Last year, Starbucks decided to test this theory out by removing its name from its coffee cups in U.K. They left only the siren symbol behind, which was enough to identify them as Starbucks customers. As you can see from this article, many people still recognized the brand despite there being no name associated with it.

With this success in mind, Starbucks has begun testing another strategy for branding: asking customers for their names before writing them on takeaway cups with "We are Starbucks." This gives customers a personalized experience instead of feeling like part of a crowd at an impersonal chain store—and it makes us more likely to come back!

Removing Your Name From Your Logo

Coca-Cola is a brand that has been around for ages. It is one of the most popular brands in the world and has a huge fan following. The company has always used its logo as a marketing tool to communicate with its customers. However, recently Coca-Cola decided to take things up a notch by debranding its logo for a specific marketing campaign. This type of debranding includes the removal of company’s logo for a specific marketing campaign. The best example of this type of debranding is Coca-Cola. Instead of using the brand name for marketing they used 150 common names for marketing purpose.

This decision was taken by Coca-Cola as they wanted to get closer to their customers and understand their needs better. For this purpose, they conducted an experiment where they removed their logo from all their products and replaced it with 150 different names like “Sparkling Vanilla Coke” or “Coca Cola Zero Sugar” etc. This strategy helped them gain insights into what consumers really wanted from them and how they felt about the brand when it wasn’t called by its name anymore!

The generic brand industry has grown significantly since the 1980s, when American consumers began transitioning from so-called "name" brands towards more affordable generic, or "no-name," brands. This transition was driven by a number of factors including a shift in demographics and an increase in household income.

In 1981 generic brands commonly held 4–10% of the product category sales in which they were strongest, in some cases reaching as high as 16%. Consumers were attracted to these products because they saw them as being comparable to name brand products but at a lower cost.

The growth of this industry has continued into the 21st century, with many companies now offering their own line of generic products. This evolution has resulted in an increase in competition between retailers and manufacturers which has led to lower prices for consumers.

While it may seem counterintuitive that consumers would be willing to give up the benefits associated with name brands for less expensive alternatives, there are several reasons why this transition occurred at this time:

First, there was an increase in household income due to economic recovery following recessionary periods during the 1970s and early 1980s; Second, there was also a shift from urban towards suburban lifestyles; Thirdly; food shopping became easier with increased availability via supermarkets and other retail outlets like

As brands have become more powerful, they have also become more vulnerable to criticism. The modern consumer is savvy, and they can see through brand marketing that tries to play on their emotions. One way that companies are fighting back against this growing skepticism is by debranding their logo.

Debranding is the process of removing words and other text from a company's logo in order to focus on its visual identity. This allows for a stronger emotional connection between consumers and brands, because the consumer is no longer distracted by words like "Wal-Mart" or "Coca-Cola." Instead, they see only representational symbols like an arrow or a swoosh—and they can relate to those symbols more easily than they can relate to a name.

Another manifestation of modern debranding is the wordless logo: multinational companies have begun dropping their names from their logos, leaving only the symbols. It is psychologically easier to relate to a visual than it is to a name, meaning that consumers form stronger relationships with brands they might otherwise be critical of.

How Does De-Branding Fit in With Your Marketing Strategy?

If you are creating a separate logo, then in addition to your new logo and branded elements, you will need to add alternatives for all of your digital real estate. This can be quite involved, depending on the number of pieces of real estate you have, and the types of digital marketing used. Not only do you have to create unique logos and de-branding alternatives for each, but you also need to make sure that when users visit replacing more traditional visuals with your new logo as well as ensure that all URLs redirect correctly.

Do you want to hire a re-branding expert? We are here to help.